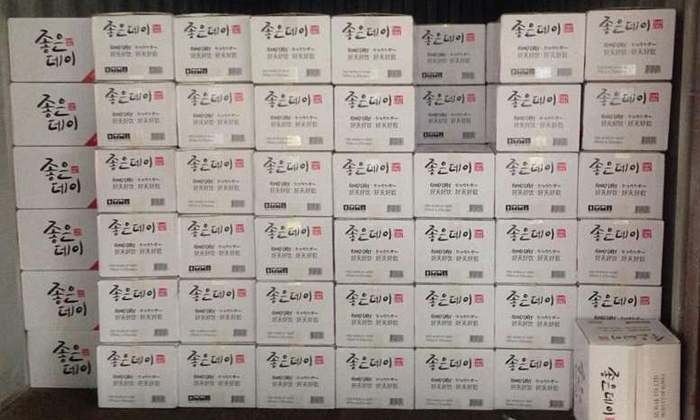 A 48-year-old company director was fined $1.4 million yesterday for importing more than 100,000 bottles of duty-unpaid soju over two years.

David So, the director of So Fei International Trading, pleaded guilty to four charges. Another 16 were taken into consideration.

So brought in a total of 118,000 bottles of the Korean alcoholic beverage from South Korea between October 2013 and September 2015, said Singapore Customs in a media release yesterday.

Investigations revealed that he had intentionally misled his declaring agent into indicating the goods as non-alcoholic rice beverage in the import declarations form, which was then submitted to the Singapore Customs.

The cartons of soju were later seized by the authorities.

"Singapore Customs will continue to conduct checks on suspicious traders and take firm action against those who attempt to evade duty and GST on liquor products," said Ms Fauziah Sani, who heads its Trade Investigation Branch.

According to its website, So Fei International Trading is an importer and distributor of various Korean beverages and food products to major supermarkets here.

Under the Customs Act, anyone found guilty of importing dutiable goods with the intention to defraud the Government of any duty and GST may be fined up to 20 times the amount of duty and GST evaded.

Offenders are also required to make good the duty and GST underpaid, in addition to the penalties.

Those with information on smuggling activities or evasion of Customs duty or GST can call the Singapore Customs hotline on 1800- 233-0000 or e-mail customs_ intelligence@customs.gov.sg.