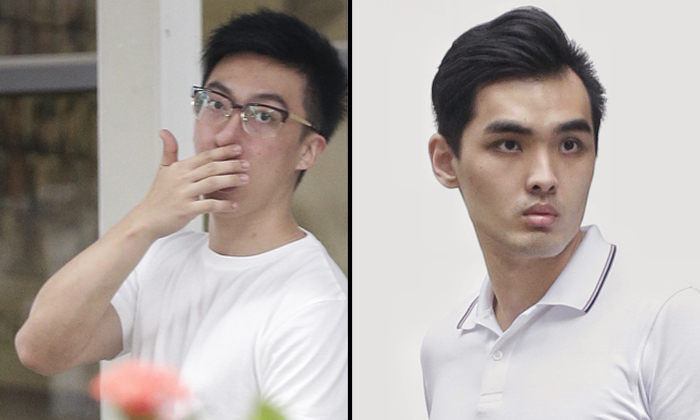 Two tertiary students were each sentenced to 21 months' probation on Thursday (March 2) for cheating their victims in a scam involving fake Jay Chou concert tickets.

Between March and May last year, they worked together to cheat 11 people of a total of $7,670.

On Feb 1, Lee, who studies at the Singapore Institute of Management, pleaded guilty to three charges involving $2,350.

Ang, who is from Nanyang Technological University, admitted to two charges involving $1,440.

Four of Lee's cheating charges and two of Ang's were taken into consideration during sentencing.

When he realised response to the event was overwhelming, he hatched a plan to cheat others and roped in Ang.

Lee later sent him images of the original tickets and Ang used his computer to create the bogus copies.

The two men then placed them for sale on online marketplace Carousell - each under his own account.

On May 24, last year, Ms Koo Yee Ling, 24, came across Ang's advertisement and contacted him without knowing the tickets were fake.

They met at Causeway Point shopping mall in Woodlands later that day and she handed him $720 in exchange for two bogus tickets.

She later contacted the concert organiser Sports Hub about the concert tickets she obtained from Ang.

DPP Vadivalagan said: "To her horror, she found out that the two tickets she was holding on to were fakes.

"Koo immediately tried to contact (Ang) but he became uncontactable."

She alerted the police on May 26, last year and her report was the first of many that officers later received involving the fake concert tickets.

Ang and Lee had used similar methods to cheat their other victims.

Unlike Ms Koo, the other victims only realised they had been duped when they turned up at the Sports Hub on Sept 3, last year and were not allowed to enter the concert venue.

For each count of cheating, the men could have each been jailed up to three years and fined.