Serial cheat who conned at least 15 victims of about $3.9 million gets 12 years' jail 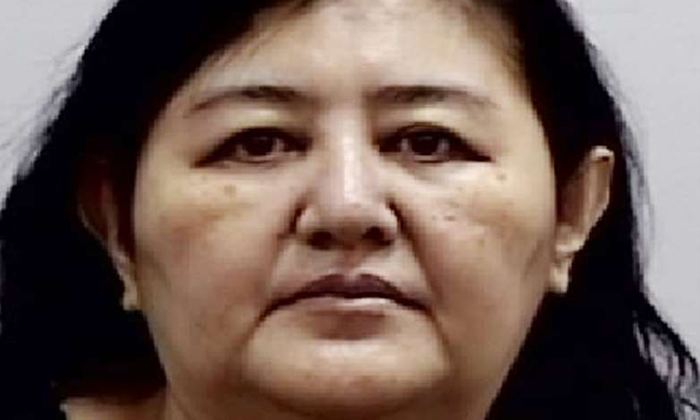 A 55-year-old woman who perpetrated multiple scams and conned at least 15 victims of about $3.9 million over three years was jailed for 12 years yesterday.

Kalimahton Mohamed Samuri, who is unemployed and has no fixed place of residence, admitted to 20 of 69 cheating charges.

She has a previous brush with the law. In 2000, she was given 61/2 years' jail for criminal breach of trust involving $7 million worth of jewellery. Passing herself off as a princess, Datin Sharinah, she had pawned jewellery entrusted to her for investments in various locations between 1997 and 1999, leaving behind a complex trail that took the police years to unravel.

Years after her release, she was back to her old ways.

Between 2012 and 2015, the undischarged bankrupt cheated multiple victims including taxi drivers, crane operators, a fishmonger and a scuba diving instructor.

In her main ruse, the court heard, she would tell the victims she could offer favourable exchange rates for foreign currencies. She told them that money was needed for storage of and taxes on the foreign currencies or for pallets of impounded cash that could be released on payment of some kind of tax.

In another ruse, she told victims they could make commissions on exchanging their $50 bills for special SG50 commemorative notes.

There were other scams. One victim was duped into paying for premium rice Kalimahton said she had access to. Another, a 63-year-old crane operator, was deceived into buying $250,000 worth of Rolex watches, gold jewellery and diamonds between July and December 2012 to be sold at a premium to well-connected Malaysians Kalimahton claimed to know.

Sometimes she would spin a story of an inheritance she had received which would require a sum of money for taxes and Customs charges before she could get it.

A 45-year-old taxi driver fell victim to such a scam, believing Kalimahton had inherited a large amount of cash, gold and jewellery in Indonesia which was being detained by Customs pending payment of taxes and other charges.

The court heard that once money was delivered, she would roll over some of it to pay off other victims to gain their trust, allowing her to sustain the scam for a longer time.

As a result, some victims got back some money. She claimed to have used the rest to gamble, repay loans taken from loan sharks, and for her own personal expenditure.

Calling Kalimahton a "career cheat", Deputy Public Prosecutor Thiam Jia Min sought a sentence of 12 to 14 years. She said a total of about $1.1 million had been returned to the victims to induce them to believe that they had made viable and legitimate "investments" with Kalimahton.

District Judge Jasvender Kaur backdated the sentence to Nov 21, 2015. The maximum penalty for each charge of cheating is 10 years' jail and a fine.