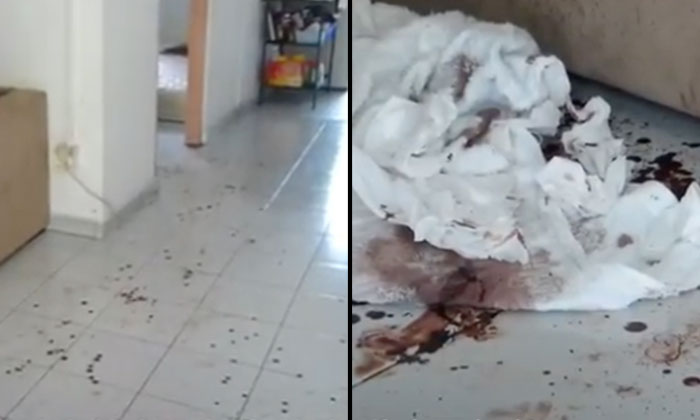 Police broke into the flat of a 58-year-old man who was found dead at the foot of Block 17, Marsiling Lane, only to discover another body -- that of a 31-year-old Vietnamese woman bearing stab wounds.

The harrowing incident happened on Wednesday (May 17) morning at around 2am, reports Lianhe Wanbao via Lianhe Zaobao.

Police investigations revealed that the deceased man, a truck driver, lived in an apartment on Block 16, Marsiling Lane.

When the police broke into the home of the deceased, they were greeted by a distressing sight: A  bloodstained living room, and the putrid stench of decay.

Venturing further into the unit, they discovered a trail of blood leading to a woman's body.

Police officers noted that the body bore many stab wounds, and estimated that the victim had been dead for an extended period.

The case has alarmed many residents in the neighbourhood, after a police officers arrived to cordon off the site.

According to accounts by neighbours, the man lived alone, and would occasionally bring a Vietnamese woman back with him to the unit to spend the night.

It is unknown if this is the same woman who was discovered dead in the apartment, and the relationship between the two deceased remains unclear for now.