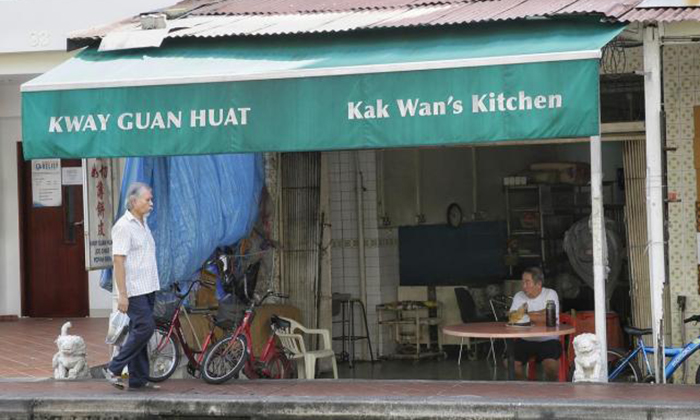 The co-owner of a popular popiah store in Joo Chiat died in 2012 after taking a dangerous mix of medication. But it was just by accident.

The coroner had earlier ruled his death a suicide.

The Court of Appeal finding now entitles his estate to claims of $1.2 million from personal accident insurance policies.

In judgment grounds released on Thursday, the apex court overturned a ruling last year that dismissed his family's insurance claims against AIA Singapore, clarifying what makes for an accident as described in a personal accident insurance policy, in order to qualify for an insurance payout.

The Court of Appeal had to consider the question: Did Mr Quek Kiat Siong know it could end his life when he took the medicinal drugs that caused his death?

According to the forensic pathologist, he died from multi-organ failure with acute lung bleeding due to mixed drug intoxication.

Chief Justice Sundaresh Menon said in a written judgment that the evidence points to a 50-year-old who was resilient, made plans for the future and had no lack of desire to carry on with life.

On Aug 4, 2012, Mr Quek was found lying unresponsive on his bedroom floor.

Besides previously being admitted to hospital for back pain, he was treated for anxiety, depression and insomnia, and was prescribed 14 drugs by different doctors.

His family's bid to make insurance claims in 2013 was rejected, after his death was ruled a suicide by the coroner.

His elder sister Victoria then took out a civil case in 2014 against AIA to seek payouts on two personal accident policies.

Defence lawyers Lim Tong Chuan and Joel Wee of Tan Peng Chin LLC said AIA was not liable as Mr Quek must have intentionally overdosed, and his death was not accidental or involuntary, as drug consumption is not an involuntary act.

His family, represented by lawyers Melanie Ho, Chang Man Phing and Tang Shangwei of Wong Partnership, appealed against the decision.

They said he might not have consumed more than was prescribedand his state of mind did not suggest he had planned to take his life.

The apex court found that the quantity and variety of drugs prescribed to Mr Quek were at the high end.

Even in the prescribed doses, they could result in the adverse reactions that led to his death.

The forensic pathologist said the combination of medication killed him.

The court also found that Mr Quek seemed to be in a positive mood in CCTV footage the night before he was found dead.

He also bought two second-hand luxury cars in the previous month despite never owning a motor vehicle before, and moved to a house in Everitt Road to avoid falls at home and cope with his back pain.

These were positive signs, and it was likely he took his medication as prescribed, not expecting it to cause death, the Chief Justice said.

Even if Mr Quek did not follow the prescription, he would still be within the scope of the insured risk if he did not intend or expect to suffer injury, added the Chief Justice.

In response to queries, AIA Singapore said it "will be in touch with the Quek family soon to arrange for payment to the insured's estate".