Man who hid almost 4,000 pills in his car at Woodlands Checkpoint gets 9 months' jail 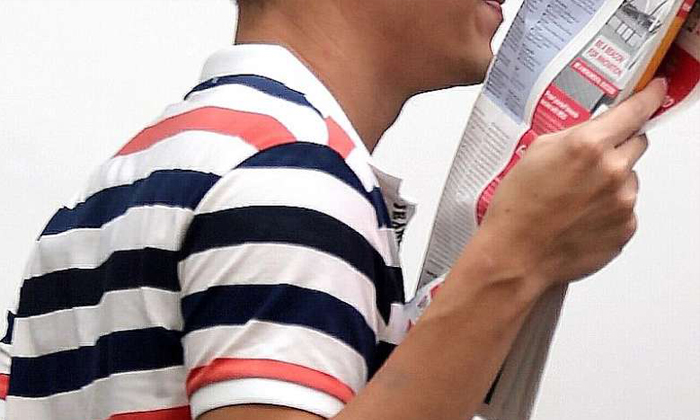 A man who hid nearly 4,000 nitrazepam (Epam) tablets in his car was sentenced to nine months' jail yesterday, for importing them without a licence.

An Immigration and Checkpoints Authority officer found the 3,999 Epam pills in two bundles wedged between the rear seat and boot of Ong's car at Woodlands Checkpoint during a check on Nov 5, 2014.

Ong admitted having imported the tablets - meant to treat anxiety and insomnia - from Malaysia. He paid RM1,800 ($575) for the tablets from a clinic in Johor Baru.

The 2014 incident was not his first. In 2008, he was jailed eight months for importing 15,000 sleeping pills that were uncovered at Woodlands Checkpoint in April the same year. Loan sharks had informed him that the clinic sold Dormicum (Midazolam) tablets which he could sell to clear his debts.

The doctor had asked for his mobile phone number and vehicle licence number and told him to wait outside the clinic each time he asked to buy the tablets. There was no medical consultation.

On each occasion, while waiting outside, Ong gave RM900 to a stranger in exchange for the 2,000 pills.

Side effects of pills that contain nitrazepam may include loss of control of bodily movements, headache, confusion, dizziness, muscular weakness and tiredness.

Health Sciences Authority prosecuting counsel Sangeeta Kumar had highlighted that Ong was a repeat offender, had chosen to re-offend and concealed tablets to avoid detection.

The father of two claimed that the pills were for his own consumption.

Another similar charge of importing 2,000 nitrazepam tablets was considered during his sentencing.

Under the Poisons Act, he could have been fined up to $10,000 and/or jailed for up to two years.