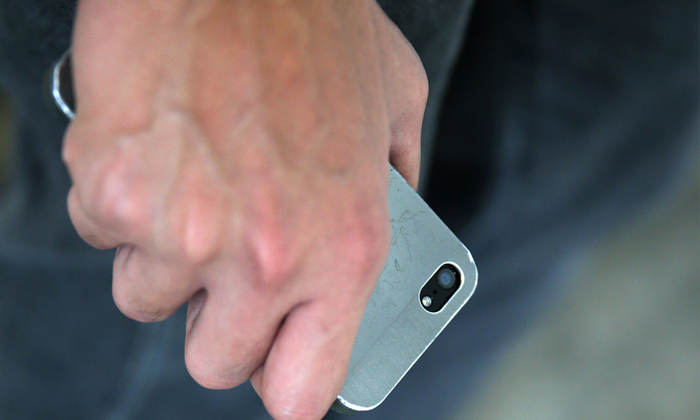 Taking advantage of an app that allows people to secretly record videos on their phones, a 29-year-old man took 39 upskirt videos of women at various places - from supermarkets to MRT stations.

For his upskirt spree over 16 months, Jezreel Rigor Paguio was yesterday jailed for 16 weeks.

The assistant building information modelling coordinator pleaded guilty to 10 counts of insulting the modesty of a woman. Another 29 charges were considered during sentencing.

Deputy Public Prosecutor Dwayne Lum told the court that the Filipino had downloaded an application called Secret Video Recorder on his HTC phone. It let him record videos in the background while using his phone as usual.

A 23-year-old woman caught him in the act on July 7 last year and informed the passenger control staff at Botanic Gardens MRT station in Bukit Timah Road.

Paguio had turned on the video recording app on his phone before placing it on top of his bag. He placed the bag and phone under her dress. When the victim confronted him, he denied doing anything wrong. She grabbed his phone and went to the passenger control station, whose staff called the police.

The court also heard how a month earlier, he was at Junction 8's FairPrice outlet when he turned on the app and put the phone in a shopping basket, which he then placed under a woman wearing a dress. He repeated his act four minutes later on the same victim.

DPP Lum said in his sentencing submissions that there were three aggravating factors. "This is not one of the impulsive or opportunistic upskirt cases. There was a level of pre-meditation and the method of offending," he said.

The prosecutor also pointed out the high number of charges and the time period - Paguio appeared at the very least to have taken videos from March 2015 to July last year, he said.

Paguio could have been jailed for up to a year and/or fined on each charge of insulting modesty.