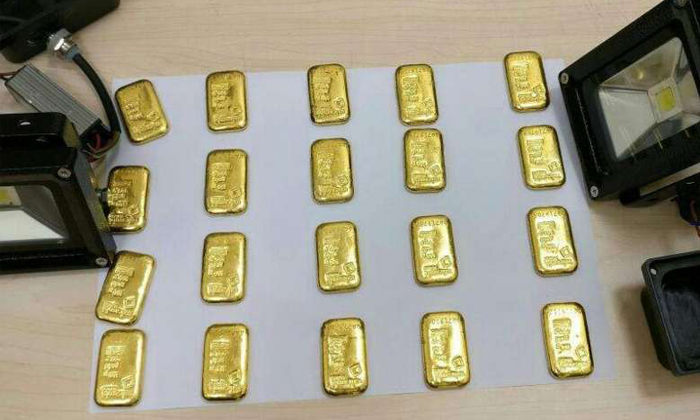 A 36-year-old man was caught attempting to smuggle 12 gold bars past Indian customs by hiding them in his rectum, local media reported.

The man, who hails from Tamil Nadu, had arrived at Hyderabad's Rajiv Gandhi International Airport via a Tigerair flight from Singapore early Sunday (Feb 12) morning.

The flight was TR2624, which according to flight tracking website FlightAware had departed Changi Airport at around 10.40pm on Saturday night and arrived in Hyderabad at close to 1am on Sunday.

According to the Times Of India, his checked-in luggage had contained several LED lamps which prompted customs staff to conduct a search.

Eight gold bars, each weighing about 100g, were found hidden in the lamps' back covers.

Although the man denied he was carrying more gold, he was put through a metal detector, which unearthed another 12 gold bars - weighing 1.2kg in total - in his rectum.

In total, 20 gold bars weighing roughly 2kg were found in his possession.

An Air Intelligence Unit official told the New Indian Express that the total gold seized was worth around 59.1 million rupees (S$1.26 million).

The man was detained by airport officials for further questioning.

Hiding gold bars in one's body cavities is considered to be a typical modus operandi of smugglers from India, the world's largest gold consumer.

They usually purchase the precious metal in cities such as Dubai and Singapore, where it is cheaper and there are fewer trade restrictions.