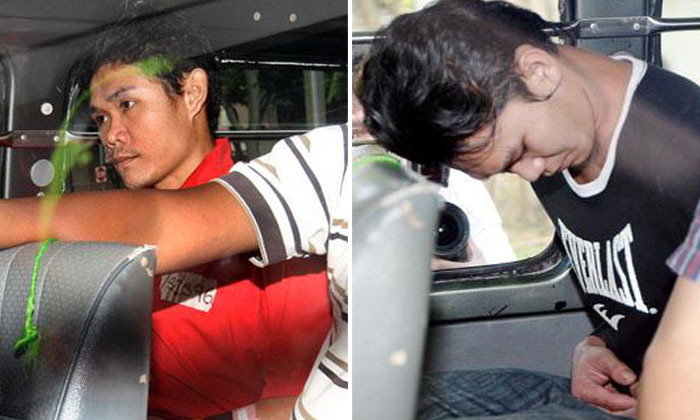 The Court of Appeal has agreed to hold off judgment in the case of two Sarawakians convicted of murder for the 2010 Kallang slashings.

This, in the light of the recent arrest of the final suspect, who had been on the run for six years.

The court, comprising Judges of Appeal Chao Hick Tin, Andrew Phang and Judith Prakash, was ready to deliver its verdict on Wednesday (Jan 25) on the fate of Micheal Garing, 28, and Tony Imba, 38.

However, the court agreed to defer the judgment till Feb 27, to give defence lawyers the opportunity to interview the alleged accomplice in prison.

Micheal and Tony were part of a gang that went on a late-night robbery spree in the Kallang area in May 2010, severely injuring three victims and killing a fourth.

A third gang member, Hairee Landak, 23, was sentenced in 2013 to 33 years' jail and 24 strokes of the cane for armed robbery with grievous hurt.

The fourth, Donny Meluda, went on the run but was arrested earlier this month in Malaysia and handed over to Singapore police on Jan 18. He was charged with murder on Friday and has been remanded for further investigations.

While on the run, he changed his name to Abdul Rahman Abdullah.

The appeals were heard in September last year.

On Wednesday, at a hearing for the Court of Appeal to give its decision, lawyers Ramesh Tiwary and Amarick Gill, acting for Micheal and Tony respectively, asked the court to defer delivering its judgment.

Mr Tiwary said he wanted to apply to be allowed to interview Donny after the police have completed investigations.

"His testimony would be relevant... whatever he says may undermine the prosecution's case or assist the defence," he said.

The prosecution did not object.