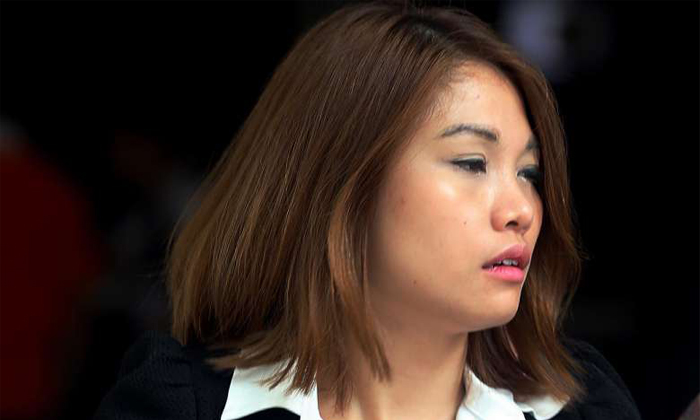 In a bid to escape prosecution for taking drugs, a former nightclub disc jockey claimed that psychiatric medication, spiked alcoholic drinks or health supplements could have been the cause of methamphetamine in her urine, a district court heard yesterday.

Low Lovynn Lagman, 33, finally settled on a slimming pill she had taken on the day of her arrest.

She claimed she had bought sample packs of Grenade Thermo Detonator pills from someone she called "Sudar" at the Tampines branch of True Fitness gym in March 2014.

This weight loss pill, available online, was obtained by the authorities from a local distributor for analysis, but was not found to contain a controlled drug.

Low had tampered with the contents of the capsule, which was contained in a sealed blister pack. The capsule was analysed and found to have been adulterated with methamphetamine. Low even had a gym employee forge her electronic records to say she had joined in March 2014 when she had actually joined in July that year, shortly before her trial.

Deputy Public Prosecutor Sharmila Sripathy-Shanaz, together with Assistant Public Prosecutor Koh Huimin, revealed this in court yesterday after Low admitted to one charge of taking the controlled drug on April 22, 2014.

Low had gone on trial for two days before she threw in the towel.

Now a secretary, Low was first arrested on Dec 14, 2010, for consuming methamphetamine.

More than three years later, on April 24, 2014, a surprise urine test, taken when she went to the Central Narcotics Bureau for an interview, detected the drug.

In the investigations that followed, she made several claims to cover up her offence until June 2015, when she definitively attributed the methamphetamine to her taking the slimming medication on the day of her arrest.

In October, she provided the prosecution with two documents - one claiming that she joined the gym in March 2014 and another showing a written agreement of her two-year membership with the gym.

"The accused provided these documents to the prosecution knowing that they had been doctored and contained false information," said DPP Sharmila.

Low reckoned the forged electronic gym record would support her claim that she had bought the pills at the gym some time in March 2014 when she had in fact joined months later. Investigations showed she had forged the date on the written gym contract.

The case was adjourned to Feb 28. The maximum penalty for consuming a controlled drug is 10 years' jail and a $20,000 fine.

Related Stories
Father who gave 'ice' to his two sons and smoked it with them gets jailed 11 years, caned 10 strokes
Ex-convict who trafficked drugs and robbed woman shares how preparing food for death row inmates changed his life
court
drug
drugs
Low Lovynn Lagman
lying about drugs in slimming pills