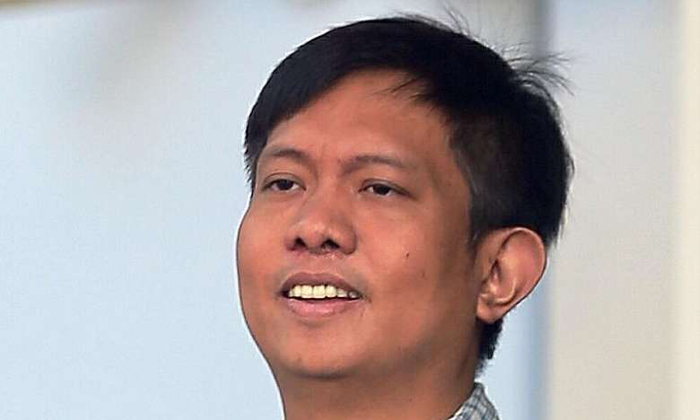 An engineer who took 38 upskirt videos of women at MRT stations last August was jailed for 16 weeks yesterday.

Jan Benedict Mendoza Fuellas, 36, a Philippine national, admitted to one charge of intending to insult the modesty of a 26-year- old woman at Bukit Panjang MRT station, and seven counts of intruding into the privacy of unknown women.

The court heard that a witness, a Singaporean, 24, was on an escalator at Bukit Panjang MRT station at about 7.20pm on Aug 19 last year when he saw Fuellas standing close to the victim with his phone on his lap.

Realising that Fuellas was trying to capture an upskirt video of the victim who was clad in an orange dress, he stopped him and alerted her. They then detained Fuellas and handed him to the control station.

Initially, the station master did not find any upskirt videos but after delving deeper into the file system, he found multiple videos that were encrypted with a password. Upon questioning, Fuellas revealed the password. A total of 38 upskirt videos taken at various MRT stations was extracted from the phone.

In another court, IT analyst Lin Weijie, 35, was sentenced to seven weeks' jail for videotaping women in fitting rooms at stores in Ion Orchard, Novena Square and Westgate in Jurong East. He pleaded guilty to two of four charges.

On Jan 10 last year, Lin was using a fitting room at the Cotton On outlet in Velocity Novena Square when he switched on the recording function of his mobile phone, placed it on the floor and captured a video of a woman taking off her bra.

On March 20, he went into the fitting room of the Factorie outlet in Ion Orchard and recorded three videos of a 34-year-old woman changing her singlet into a T-shirt in the next room.

A part-time sales assistant became suspicious when he saw a mobile phone on the floor of Lin's fitting room. He asked Lin to come out and detained him.

During the investigation, Lin, who has sought psychiatric help, admitted that he had recorded women changing in fitting rooms seven times at various stores.

The maximum penalty for insulting modesty is one year's jail and a fine for each charge.