Bulgarian who illegally withdrew $2,000 admits to being part of conspiracy to steal from S'pore ATMs 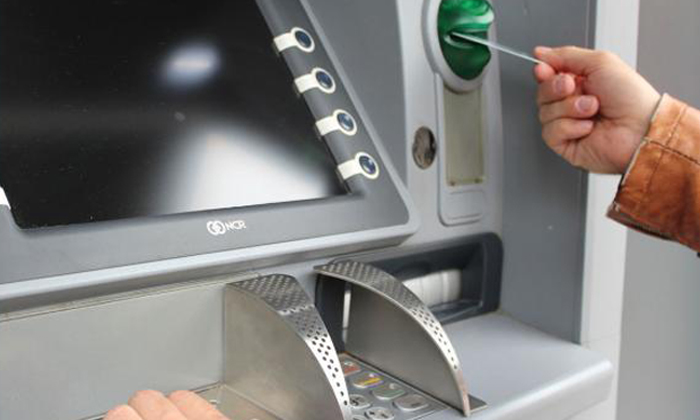 He came to Singapore to commit crime and attempted to illegally withdraw about $2,000 in cash from ATMs here using cloned cards.

Bulgarian Pavlov Nedyalko Momchilov, 48, pleaded guilty in court on Wednesday (Jan 18) to eight counts of abetment by conspiracy to commit theft involving a total of $900.

Nine other counts for the same offence, involving about $1,100 in all, will be taken into consideration during sentencing.

Momchilov was in Bulgaria in July last year when an unknown man offered him a job to withdraw money from ATMs in Singapore by using cards the latter had prepared.

In need of money, Momchilov accepted the offer.

Deputy Public Prosecutor (DPP) Suhas Malhotra said: "The agreement between the accused and the unknown person was that the accused would get to keep 20 per cent of any monies which he successfully withdrew from ATMs in Singapore.

"The cloned ATM cards were given to the accused just before he left for the Bulgarian airport to travel to Singapore. The PIN numbers were written on the cards."

Momchilov arrived in Singapore on Sept 4 last year and attempted to withdraw cash from different ATMs islandwide between that day and Sept 8.

He tried but failed to withdraw between $100 and $300 from UOB ATMs in buildings such as Far East Shopping Centre, Orchard Towers and Changi Airport Terminal 1.

There was also CCTV footage of him committing his offences.

On Sept 7, a UOB vice president, Mr Desmond Goh Khiaw Siang, was alerted by the bank's unit card centre that several cloned cards had been recovered at the airport and Far East Shopping Centre.

He lodged a police report and officers arrested Momchilov two days later when he tried to leave Singapore.

DPP Malhotra urged the judge to jail him for between nine months and a year.

He said that such offences are difficult to detect and it is also extremely difficult to separate legitimate withdrawals from fraudulent ones.

Momchilov, who is represented by lawyer Andrew Lee, will be back in court on Jan 25.

For each count of abetment by conspiracy to commit theft, he can be up to nine months and fined.