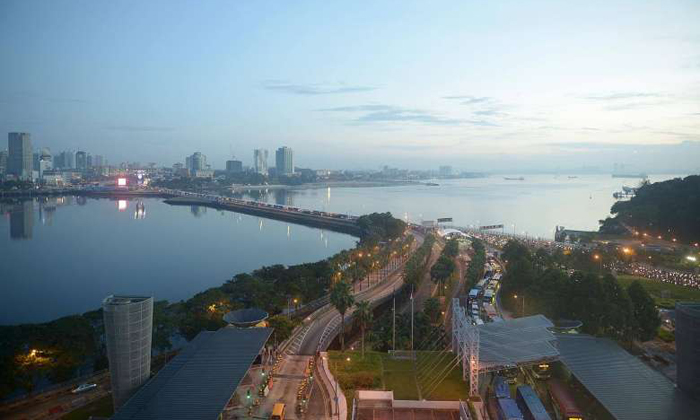 Eight Indonesians are being questioned by Indonesia police's Densus 88 counterterrorism unit in Batam after being deported from Malaysia for possessing ISIS-linked images.

Riau Islands Police chief Inspector General Sambudi Gusdian said the eight, who are aged between 16 to 37 and students at Sekolah Pondok, Darul Hadits, Bukit Tinggi in West Sumatra, were being held at the headquarters of the Riau Islands police’s mobile brigade (Brimob).

They had been stopped by Singapore’s Immigration Checkpoint Authority (ICA) at the Woodlands Checkpoint on Tuesday (Jan 10), he said on Wednesday.

The Singapore authorities found three pictures - of the ISIS flag, an ISIS activity and a “sandal bomb structure” - in the mobile phone of the oldest member of the group, identified only by the initials REH, said Sambudi.

“Singapore refused their entrance and put a ‘Not To Land’ stamp into their passports based on the mobile phone examination,” Sambudi said.

According to a source cited by Malaysian state news agency Bernama, the group was arrested by Singapore authorities at about 1.30am on Tuesday.

"The Singaporean authorities then placed the suspects under the 'No Time Limit' prohibited entry status into the Republic before handing them over to Malaysian police for further investigation," the source said.

According to the source, Malaysian police detained the group's members from 2.30am until 9am and from the interrogation conducted, found that suspect concerned obtained the ISIS images from a WhatsApp group.

"After the investigations, the suspects were deported to Batam, Indonesia, by ferry before being detained by Indonesian National Police (INP) and Riau Police two hours later for follow-up investigations," he said.

Sambudi said the eight had left Padang, West Sumatra, on Jan 3 for Kuala Lumpur by plane, to preach and for REH to get medical treatment for his ears.

On Jan 7 the group travelled overland from Perlis to Pattani, Thailand, to learn about the education system at the Islamic Education Board in the district.

They then tried to enter Singapore on Jan 10.

After an intensive examination, the Malaysian authorities made a preliminary conclusion that the eight people subscribed to the mainstream teachings of Islam that actually rejected IS ideology.

Referring to the ISIS content on REH’s cell phone traced to a Whatsapp group, Sambudi said: “REH said he had left the group but did not know that the pictures had not yet been deleted."

Densus 88 has a week to conduct the interrogations.