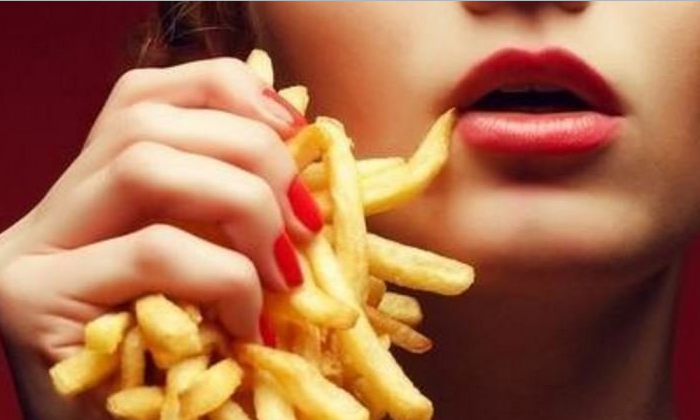 Never come between a drunk, hungry woman and her fries, and this man has certainly learnt his lesson.

According to The Lad Bible, a 34-year-old British woman has been jailed after she stabbed her boyfriend because he ate all her fries, and left none for her.

Diane Clayton, 34, and her partner Simon Hill were at a friend's house, having drinks and french fries, when Hill ate more than his fair share, Stuff reports.

"Simon Hill ate them all and that caused her to get angry.

"She was seen to slap him across the face before leaving the room.

"She picked up a knife in the kitchen and then stabbed him causing a superficial injury."

The couple later left together but Hill returned to the friend's house, fearing for his own safety.

Clayton returned to the house the next morning and attacked Hill again, cutting his hands.

Related Stories
Woman who stabbed hubby to death after he attacked her and threatened to kill daughter gets a year's jail
Man who stabbed lover to death after victim avoided calls and said he was 'not gay' gets 12 years' jail
21-year-old man slashed, 59-year-old suspect arrested after dispute at Rivervale Crescent
drunk
stabbing
courtroom
jailed
abuse by girlfriend