3 youths who were part of plan to escape from Boys' Home and caused $18,362 worth of damage dealt with 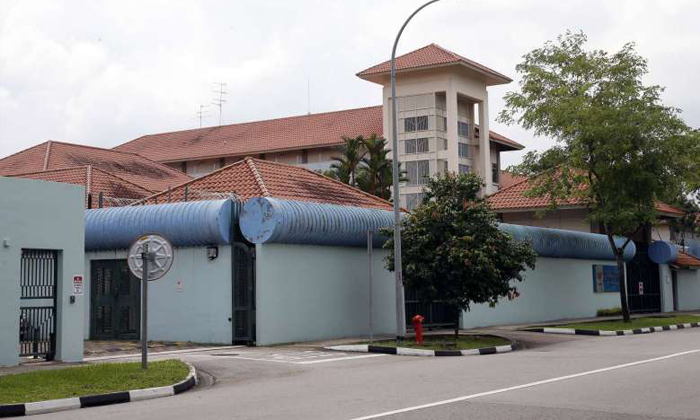 Three accomplices of a youth under the age of 16, who hatched a plan to escape from the Singapore Boys' Home, were dealt with on Thursday.

Zain Sani, Salman An-Farisi Yusri and Nicholas Koh Hwee Kiat, all 16, were sentenced to reformative training after pleading guilty to being members of an unlawful assembly to commit vandalism, as well as abetment to escape from legal custody at the Singapore Boys' Home.

They now have to spend between 18 months and three years in a reformative training centre and follow a strict regimen that includes foot drills and counselling.

The three are among the 26 boys who caused $18,362 worth of damage in the juvenile rehabilitation centre, which is in Jurong West Street 24, on Sept 19 last year.

The group also sparked a six-hour stand-off with Ministry of Social and Family Development (MSF) staff and police.

The 26 youths include the plot's alleged mastermind, whose particulars were redacted in court documents, along with those of six other accomplices who were under 16.

The youth was said to have drawn up plans to escape from the home. His accomplices included three 18-year-olds.

A piece of paper with the plan written on it was passed among the rooms in the centre.

The boys believed that the room gates would open if the fire alarm were triggered, so one boy deliberately activated it at 11.12pm on the day of the incident.

But the gates remained shut.

Koh, Zain, Salman and three others then rattled their room's gate and demanded that it be opened.

Two MSF officers on night duty went to investigate, and a dispute broke out.

Muhammad Amiruddin Sabtu, 18, is said to have then incited other residents to create a ruckus by damaging furniture and barricading themselves inside their rooms.

He lifted a bed frame and slammed it onto the floor.

Koh, Zain, Salman and three others followed suit and tried to dismantle their beds.

Some residents also used their bed frames to barricade their rooms.

In the chaos that ensued, the boys smashed fluorescent light tubes and broke a toilet bowl.

Some even urinated into the corridor and threw items into the courtyard below.

The MSF officers retreated to the centre's operations room and tried to persuade the boys to stop.

Police had to be called in when they failed.

Amiruddin and Salman were accused of having led the negotiations with the officers, asking for cigarettes and demanding that all 26 of them be allowed to walk out of their rooms together.

They finally surrendered when their demands were rejected.

Police took them away after the barricades were removed.

For being a member of an unlawful assembly to commit vandalism, Koh, Zain and Salman could have been jailed for up to three years, with between three and eight strokes of the cane.

For abetment to escape from legal custody, they could have been jailed for up to two years and fined.

Related Stories
2 youths probed for online selling of police insignia items
Are these youths too blind to see the danger -- or just too ignorant?
court
Youths behaving badly
youths