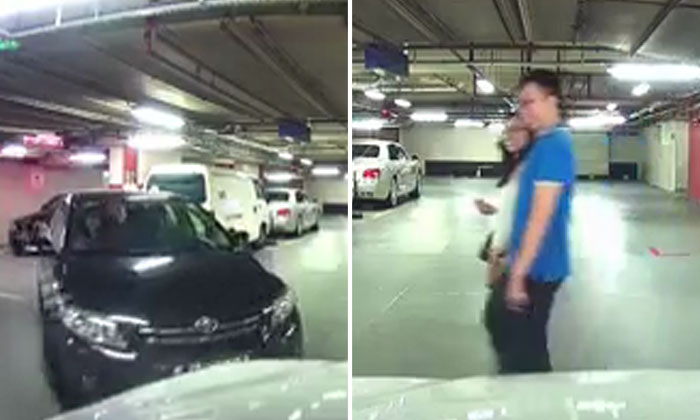 A woman was caught on camera hitting a car while parking then moving her own vehicle and walking away as if nothing had happened.

A video of the incident was posted on Beh Chia Lor - Singapore Road's Facebook page by a contributor named Daniel.

"Realising that the damage is serious, the lady quickly removed the car elsewhere. Then they re-appeared, laughing at the victim's misfortune as they strolled casually past the car."

In the video, the woman is seen driving into a parking lot and hitting the front left corner of a car parked in the adjacent lot.

She then leaves her car, probably to check the damage.

She subsequently gets back into her car and reverses out of the lot to park somewhere else.

Minutes later, she is seen walking past the car and smiling broadly and laughing with her companion while she looks at the side of the car she had hit earlier.

Netizens were outraged by how irresponsible the woman was and the cheek she had to laugh at the damage she had done.

"Stupidity [has] no limits. This lady is an example of that. In addition to the total disregard for ethics. Character is seriously flawed to the max. Sigh."

Samson Liu applauded the video posting that caught her red-handed:

"And now everyone else is laughing at their misfortune."