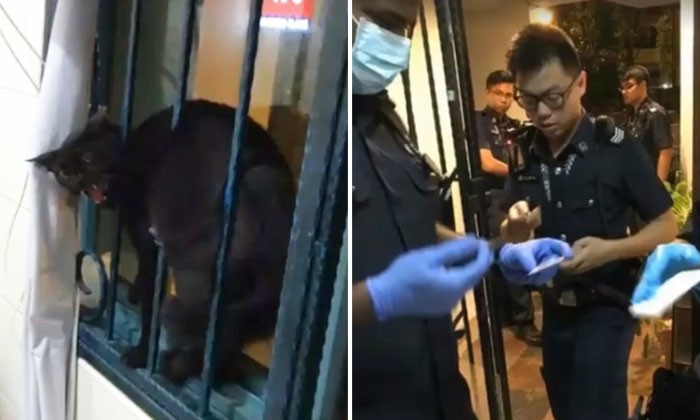 The police and SCDF joined forces to help subdue a 'cat burglar' that snuck into the home of a HDB resident.

According to Every Day SG, the animal been causing a ruckus in the flat.

Said the resident, Mr Abu Bakar, with regard to what happened:

"Really no idea what witchery or sorcery led the black cat in! Doors and windows were shut and locked!

"For two hours, I tried to bring it out but it was too aggressive, growling menacingly and scratching to keep me away."

The resident reportedly tried calling a few organisations for help, but failed to get any assistance.

In the end, he contacted the police and SCDF, who arrived to subdue the cat.

The feline however, managed to escape in the end, and is still 'on the loose' according to the resident.